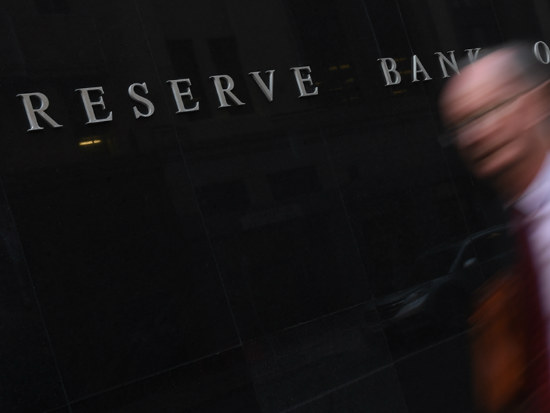 The Reserve Bank’s decision to hold rates without giving any indication of its next move has triggered an Australian dollar rally and a bond sell-off.

The RBA left the cash rate at 1.75 per cent at its June board meeting on Tuesday, a month after cutting it by 25 basis points to combat faltering inflation.

“Holding the stance of policy unchanged at this meeting would be consistent with sustainable growth in the economy and inflation returning to target over time,” RBA governor Glenn Stevens said in the statement accompanying the decision.

While the rate hold was widely expected, the Reserve Bank didn’t provide any forward guidance about its next move.

UBS economist Paul Haslem said for the first time in months the RBA did not mention what circumstances would trigger another rate cut.

“That’s a relatively neutral position, and it reads like they’re done,” he said.

“Today’s commentary raises the risk the RBA may be having second thoughts about the path of the cash rate (even given the further 25 basis point cut already implied in their forecasts).”

The RBA noted “an appreciating (Australian dollar) exchange rate could complicate” the economy’s transition from mining to non-mining drivers of growth.

However, Westpac chief currency strategist Robert Rennie pointed out the RBA had said exactly the same thing about the Aussie dollar last month.

“The lack of concern about the Australian dollar arguably adds to the idea we could see some further strength here,” he added.

About one hour after the RBA’s statement the currency rose more than half a US cent to 74.30 US cents, while bonds fell sharply.

Overall, the Aussie dollar has risen by one US cent since the close of local trading on Monday.

RBC Capital Markets senior economist Su-Lin Ong cautioned against over-analysing or placing too much weight on the RBA’s lack of guidance, especially given its inherent reluctance to ease policy.

“Rather, we suggest focusing on key data and developments including the suite of labour market indicators, price data, and financial conditions,” she said.

“They suggest further easing is warranted.”