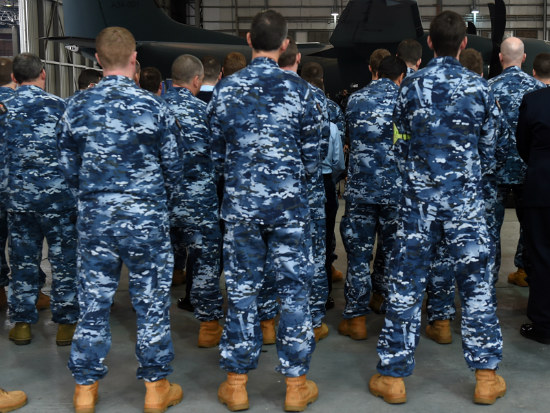 Indigenous people comprise 1.1 per cent of air force personnel and that isn’t good enough either, he said.

“That means we do not have the best that Australia has to offer,” he said.

Outlining his vision for the RAAF’s 10-year strategy in an address to the Australian Strategic Policy Institute, he said the RAAF needed to be able to move on from the current positions where it could work jointly with the army and navy, if required.

That meant moving into “an integrated reality” where the RAAF trained, exercised and deployed as the air power element of every defence force operation.

He said the RAAF’s capability edge was generated in large part by its people and diversity was the key to success.

“We have established a clear vision to grow female representation to 25 per cent by 2023 as a minimum and not as a goal,” he said.

Air Marshal Davies said the RAAF also needed to think about its basing, as unlike the army or navy, bases were intrinsic to air power.

The RAAF demographic is also changing, with job opportunities for spouses and social consistency for teenaged offspring emerging as factors affecting recruiting, job satisfaction and retention.

He said the RAAF needed to get basing and infrastructure right and carefully consider the basing footprint.

“In a high-end conflict the ability to move easily between bases may be key to our mission success,” he said.