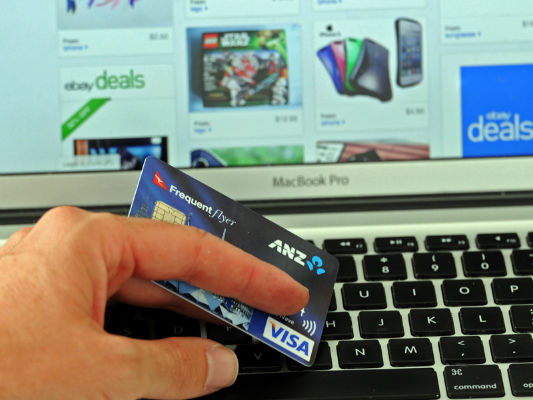 News that most Australians aged 25 to 34 shop online may not surprise many people but a new study has found baby boomers don’t lag far behind when it comes to online consumption.

The study by global technology company Pitney Bowes found that while people in their 20s and 30s dominate online shopping, with 96 per cent buying via the web, more than 80 per cent of over 55s are also going digital.

Australian consumers are purchasing through social media, including Facebook and Twitter, at a much slower rate than their Asian neighbours,

“We expect that’s a trend that will increase and grow locally,” he said.

The survey found Australia is a global leader in ‘cross border’ online shopping, with 86 per cent of Aussies surveyed using overseas sites, compared with 45 per cent in the US.

Mr Hope said media coverage of the surge in overseas online shopping several years ago – when the Australian dollar was much stronger – helped set a habit for Australians to shop internationally.

“I think that sort of media coverage definitely helped really kickstart that trend and its just interesting that it has continued despite the fluctuation in currency,” Mr Hope said.

The study of 13,000 people across 13 countries found less than 30 per cent of Australians use their mobiles for online purchasing.

“We did expect that that was going to grow more aggressively,” Mr Hope said.

“People will browse sites on their phone or mobile devices but will actually go to their desktop or PC or whatever to actually make the purchase, so for retailers that’s still a work in process.”

Mr Hope said while their were some geographical differences, the survey showed online shopping would continue to expand across all segments.

“The reality is now that we’re operating in a truly global marketplace – the boundaries are really coming down,” he said.

Another growth area is augmented reality, Mr Hope said, with two per cent of respondents saying they used the technology to see how a dress online would look on them.

“There’s a lot of room for growth as that technology matures and becomes more mainstream,” he said.

* Australians who browse on their mobiles: 36 per cent

* Australians who buy on their mobiles: 29 per cent