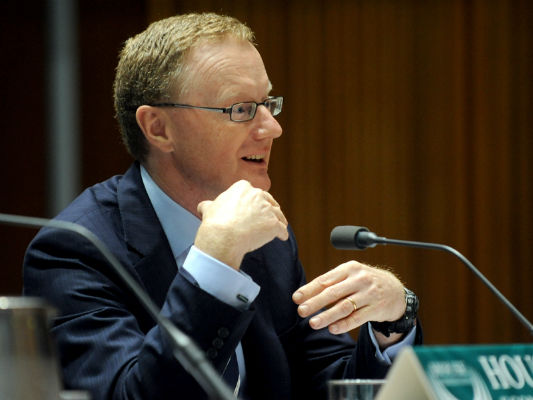 Like two teams at the beginning of a rugby season, the Reserve Bank and a parliamentary committee will lock horns with new front rows.

Just days after taking the reins at the independent central bank, new governor Philip Lowe and his deputy Guy Debelle are about to face a grilling from the House of Representatives economics committee.

Dr Lowe is no stranger to the six-monthly interrogations, having appeared previously as deputy governor when the spotlight was firmly on his predecessor Glenn Stevens, who retired last weekend after a decade as governor.

On the other side, Liberal backbencher David Coleman chairs his first hearing although he’s been a member of the economics committee since 2013.

Earlier this week, Dr Lowe and federal Treasurer Scott Morrison struck a new memorandum of understanding on the operations of the central bank.

It included retaining the average two to three per cent inflation target band over time, which has been in place for two decades.

Some economists have questioned whether such a target remains appropriate given inflation has been below the band since late 2014.

But Dr Lowe and Mr Morrison agreed now was not the time to engage in any monetary policy setting “experiments”.

Commonwealth Bank chief economist Michael Blythe expects the committee to quiz Dr Lowe on his approach to achieving the Reserve Bank’s objectives and his thoughts on the inflation target.

Other topics are likely to centre on the limit to future interest rate cuts, the Australian dollar, the economy more broadly and events overseas, especially with the US Federal Reserve likely to raise interest rates again soon.

Under the stewardship of Mr Stevens, the central bank cut the official cash rate twice this year to a record low 1.5 per cent.

Financial markets see a fair chance of another rate reduction by early 2017.

Mr Blythe believes the Reserve Bank is reluctant to cut interest rates further for a range of reasons.

“But the experience thus far in 2016 is that the will cut if they see the need,” he said, adding the September quarter inflation report on October 26 will be a “critical determinant” of any further policy action over the rest of the year.