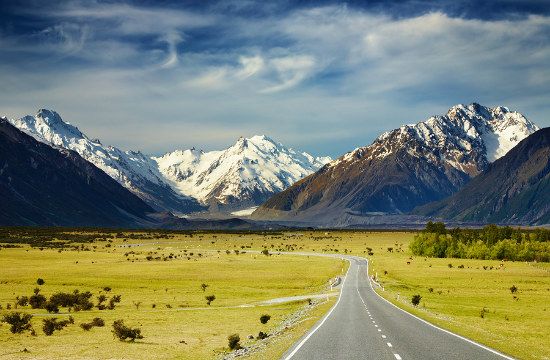 Filmmaker James Cameron has taken a turn in front of the camera as the face of Tourism New Zealand’s latest campaign.

Cameron, whose Avatar and Titanic films are the two highest grossing movies of all-time, and his wife Suzy Amis Cameron moved to Wairarapa four years ago and star in a new video showing off New Zealand’s outdoors.

The couple are featured walking on the Tasman Glacier, kayaking on the Dart River and flying across Blanket Bay among other scenes.

The video is narrated using a Ted Talk Cameron gave about curiosity.

“I came as a stranger, I knew very little about New Zealand, and I left in love with it,” the 61-year-old Canadian said about his first visit in the 1990s.

“Not just the beauty of the land that is very seductive, but the dynamic spirit of the people. I had never felt a connection to a place that strongly before. And I never really lost that dream.”

“Having someone of the calibre of James Cameron sharing his personal stories and insights while exploring some of New Zealand’s most beautiful places is of immeasurable value for New Zealand,” he said.