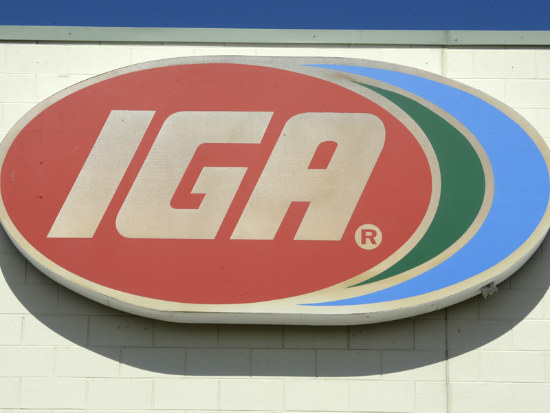 Oyster shucking, cheese and wine tastings and boutique mustard on tap: a trip to the supermarket isn’t what it used to be.

Independent supermarkets are pulling out all stops to remain relevant in one of the most competitive times for Australia’s food and grocery sector.

A bland general store stocked with well-known brands could turn a profit in the past, but that wouldn’t cut it today, says IGA store owner Brett Bugg.

Mr Bugg, who opened his first IGA store 10 years ago and now owns two in northern NSW, says the game has changed since the arrival of budget supermarket chain Aldi in 2001.

“It is so much more competitive now,” Mr Bugg said.

“The people who don’t change, they’ll get run over. But the majority of us are changing.”

Aldi’s low-cost private label products have led the two majors, Coles and Woolworths, into a price war that has hurt the independents.

IGA stores are now matching Coles and Woolworths’ prices on core products to keep the checkouts ringing, and while that’s helping, the independents have to do more to survive.

Mr Bugg was among hundreds of IGA franchisees to learn about the latest supermarket strategies and insights from supplier Metcash at its recent retail conference on the Gold Coast.

“Some of these IGA concept stores out there are cutting edge and world class, something you would never have seen 10 years ago and it’s only happening because of the price war,” he said.

He and wife Leanne have introduced their own concepts at their Tweed Valley store, which opened just over a year ago in Murwillumbah’s old Norco butter factory.

Half of the spacious store is devoted to locally grown fruit, vegetables, meat and seafood.

A fishmonger shucks oysters and shop assistants pack seafood, dips and cheese on ice for customers to take on a picnic.

Mums account for the vast majority of customers, and the store has been tailored for them.

Free popcorn is up for grabs and children can jump around with 3D images of chickens projected onto the floor in front of the fresh produce. Its just one of the games the projector plays to keep kids entertained.

The store also stocks pre-made or easy to put together meals, so shoppers can walk in not knowing what they want for dinner, and walk out with a cooked roast pork and vegetables.

Australia’s largest independent store operator, the Ritchies IGA, has also jumped on the pre-made lunch and dinner train, rolling out sushi bars staffed by qualified chefs at six of its 70-plus stores.

But there are different approaches around the country.

One of Ritchies’ most novel moves is a boutique mustard bar with more than 20 varieties of mustard, vinegar and vinaigrette, and French mustard on tap, at its Mt Eliza store in Victoria.

In Perth, the Taylor Road IGA has an instore barista and chefs who prepare home-style ready-cooked meals.

While in southeast Queensland, Roz and Michael White are so passionate about supporting locals that they stock camel’s milk from the Sunshine Coast at $28 a litre.

They mark local products so shoppers can easily identify what items support local jobs, and even the energy-efficient freezers in the stores are made by a local.

Ms White, who owns three IGAs and is planning to open her fourth on the Sunshine Coast, said people want to support their local community.

“This is what sets us apart (from the majors),” she said.

As part of an education program run by Metcash, franchisees are travelling overseas to learn from other retailers, including UK department store chain Marks & Spencer.

Mr Bugg said on top of this, he makes time to visit new stores to see how they are re-inventing themselves.

The competition, he said, is “only making us better”.