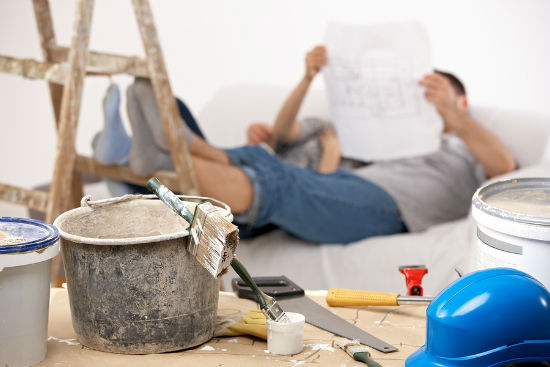 One day, housing construction will fade and the Australian economy could be in trouble, but that day seems a way off yet.

In the meantime, the record high level of home building is creating enough construction jobs to offset the mining investment slump.

The most important message in figures from the Australian Bureau of Statistics on Tuesday was not that home-building approvals rose by a surprising 11 per cent in July: those figures zig and zag from month to month, especially when big apartment projects now make the figures so lumpy.

The real message was that the value of approvals for housing construction – including alterations and additions – is trending at a bit over 4.5 per cent of gross domestic product.

That’s as high as it’s been for the 33 years of available building approvals figures and well over the long-run average of 3.5 per cent of GDP.

That improvement in GDP share works out to just under $1.5 billion.

So even though the trend in non-residential building approvals is at about its long-run average proportion of GDP, the total – housing and non-residential combined – is at a level rarely seen in the past three decades.

The long-run average for total building approvals is just under six per cent of GDP.

In the late 1980s both housing and commercial construction boomed when banks fought for market share at the expense of declining lending standards, lifting approvals to over eight per cent of GDP.

In the years leading up to the global crisis in 2008, low interest rates and loose fiscal policy proved an intoxicating cocktail for the industry, pushing approvals to over seven per cent of GDP.

And that level was reached again in 2009 as the government and Reserve Bank joined forces to pull the economy back from the brink of recession.

And it’s just as well, because in the wider construction industry, building is where the jobs are.

The total volume of construction activity has fallen over the past three years, thanks to the the demise of the mining investment boom and the resulting slump in engineering construction, which isn’t included in the building approvals numbers.

But employment in construction has grown in line with its average pace.

It’s all about the composition of the construction work.

There’s now less in the big resource projects where components, materials, and much of the construction work, is done overseas.

And there’s more in the non-residential and, even more so, residential building sectors, where the local input of labour and materials is much greater.

So thank goodness home-building is taking up the slack.

It won’t last – history tells us that.

But let’s enjoy it while it does.