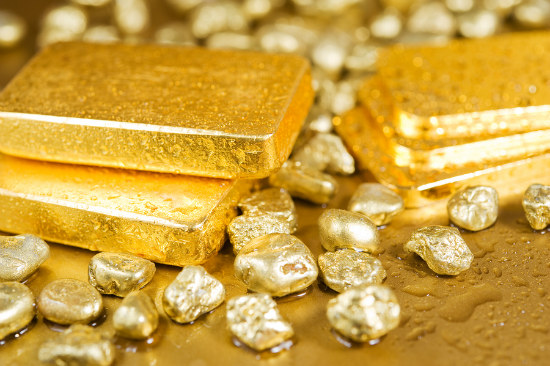 Reuters – Gold has pared losses as the US dollar and world stock markets turned lower ahead of central bank meetings in the United States and Japan.

The world’s major economies pledged at a G20 meeting over the weekend, dominated by Britain’s vote in June month to leave the European Union, to use all policy tools available to boost growth. That lifted both shares and the US dollar earlier in the session.

Gold eased for a second week last week, by 1.2 per cent, after rallying to its highest in more than two years in early July following the Brexit vote, which drove up demand for the metal as a haven from risk.

“It remains to be seen what the long-term impact of Brexit will be, but purely in the short term, there wasn’t a meltdown in the UK which could have affected global growth or European figures,” Natixis analyst Bernard Dahdah said.

“People are going to wait until August to see what these figures show. Even if they’re bad, but less so than people expected, we could see prices of gold drop further.”

Investors are anticipating a hectic week that includes a US Federal Reserve meeting, European bank stress tests and what could be another super-sized slug of stimulus from Japan.

“Despite two consecutive weeks of scaling back speculative net length in gold, positions on COMEX remain relatively elevated at 94 per cent of the record,” said UBS Strategist Joni Teves.

“This could make gold vulnerable in the near term, should the market increasingly price in a more hawkish Fed.”

Speculators cut their record bullish bets on COMEX gold contracts for a second straight week, US data showed on Friday.

“A massive overhang of bets on rising prices is also hanging over silver like the sword of Damocles,” Commerzbank said in a note.

Palladium rose as much as 1.2 per cent to a nine-month high at $US687.80 an ounce, extending gains after registering its fifth weekly gain last week, rising 5.2 per cent. Sharper appetite for risk helped the more industrial precious metal catch up with its peers, which it lagged in the weeks after the Brexit vote.