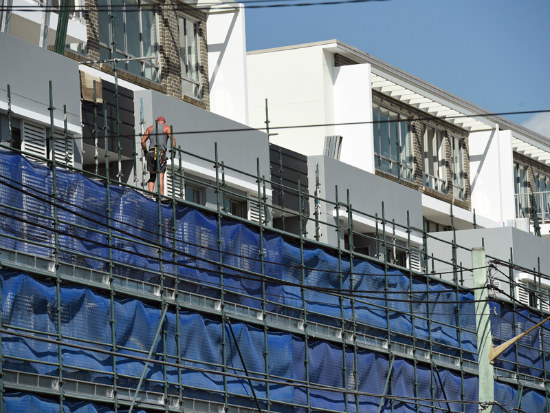 Australian capital city home prices have been dented by a first quarterly fall in three and a half years, and there’s more on the way.

Residential prices dropped 0.2 per cent in the March quarter, the first fall since the September quarter 2012.

HSBC economists Paul Bloxham and Daniel Smith expect the property market to cool further over coming quarters, despite a strong price growth uptick for Australia’s two largest cities in April and May.

HSBC expects national house price growth to slow from nine per cent last year to about four or five per cent this year, and between zero to five per cent in 2017.

This slowdown should leave the Reserve Bank with room to consider cutting its cash rate further in coming quarters, HSBC economists said.

“Our central case is for the RBA to cut its cash rate by 25 basis points in August to a new record low of 1.5 per cent, following the second quarter consumer price index print in late July, and then to hold steady in subsequent quarters,” they said.

Over the year to March, the residential property price index was up 6.8 per cent, the Australian Bureau of Statistics said on Tuesday.

Perth and Darwin had the weakest outcomes, being the only cities to post a fall in prices in both the March quarter and in the year.

But Sydney and Canberra also posted quarterly losses of 0.7 per cent and 0.4 per cent respectively.