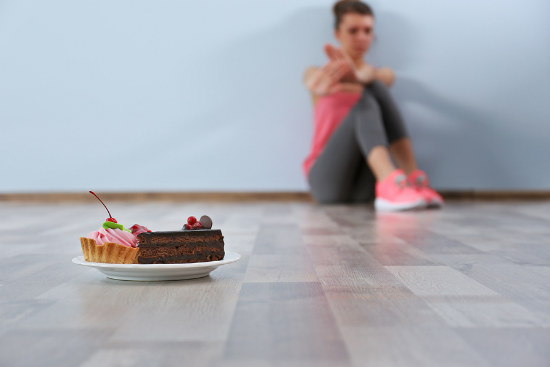 At the lowest point in her battle with anorexia, Karlie weighed just 26 kilograms and was on the brink of death.

Coping with her brother’s death and childhood trauma, the Sydney woman – then aged in her early 20s – was desperate to regain control.

“It was never about the food to me, it was always about control. I’d lost that control and I wanted it back,” Karlie told AAP on Tuesday.

First admitted to hospital in 2006, Karlie was in and out of hospital many times over several years.

“The first couple of times I didn’t give a stuff about what they were going to do,” she said.

On one occasion, she fell asleep and slipped into a coma, before being hospitalised for three months.

“There were times I was really scared of going to sleep and not waking up,” Karlie said.

“I was telling myself things like you’re ugly, you’re not wanted, you’re hopeless,” she said.

“I wouldn’t even let my grandfather hug me because I didn’t want to feel loved.”

At her lightest weight, in around 2009, Karlie fell asleep behind the wheel and smashed into several parked cars.

“I was literally like a skeleton, but I still couldn’t see it, even when I was stick thin,” she said.

Karlie came to develop close relationships with hospital staff, especially her psychologist, and felt ready to get better after reporting her childhood abuse.

When her abuser was thrown behind bars, in around 2013, Karlie put the eating disorder behind her and never looked back.

“That gave me a real sense of relief and allowed me to find my centre, my core, and who I was as a person,” she said.

Hundreds of specialists are meeting in Sydney on Tuesday to propel a new approach to tackling deadly eating disorders.

Almost two million Australians will suffer from eating disorders in their lifetimes, with the mortality rate the highest of any psychiatric illness.

The specialists are examining ways to better identify, diagnose, treat and manage eating disorders and improve pathways to care.

Karlie, who studied law during her treatment and recovery, now works as a solicitor helping abuse victims, and has a message for others suffering eating disorders.

“Don’t give up. There is hope. Life is so much more beautiful when you get through it,” Karlie said.

Karlie wishes to be identified by her first name only.